The focus for the first year of the strategy was leadership and was championed by David Smith and David Porter in their roles as CEs of ENA and AEP respectively. Leadership is also one of the overarching themes that will run through the life of the strategy. As part of the theme of leadership, leaders and senior managers of ENA and AEP member companies were encouraged to sign on to the strategy individually to publicly indicate their support. This was achieved and further details can be found in the Progress Report 2010. In addition the ENA and AEP Boards also formally “signed on” to the aims of the strategy. 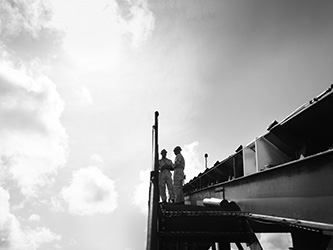 Throughout the year ENA produce a variety of Powering Improvement publications showcasing the strategy as well as each annual theme. These publications are useful tools for the industry, the ENA team are happy to send you hard copies should you require them, visit the Contact Us page.

Spreading the word about Powering Improvement is an important part of helping to ensure that the whole industry can improve in this area of work. So to help colleagues talk about this effectively we’ll be providing materials to aid with presentations and discussions over the course of the strategy.

Your browser is out-of-date!

Update your browser to view this website correctly.Update my browser now